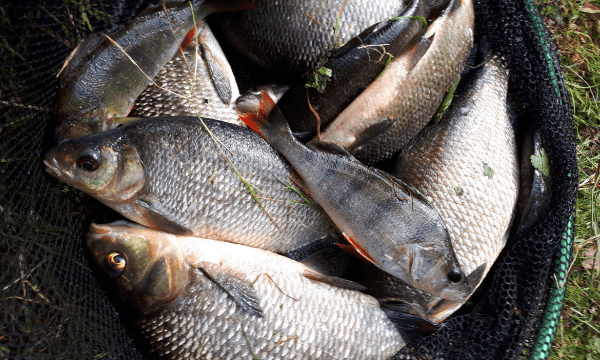 Fishing in Lakes and Rivers.

Coarse fishing is free in the Republic of Ireland. Carrigallen is located in the heart of the lake district which makes it an ideal centre for angling holidays.

Carrigallen Town Lake is only a few minutes walk and has  state of the art staging completed in 2016, but you can fish from the bank as well. This venue is as good as it gets in Ireland with Bream, Hybrids, Tench, Roach, Perch and Pike.

Other waters in the Carrigallen area.

Gulladoo Upper & Lower, Garadice (Haughton’s Shore & Church Shore), Tully, Gortermone, Keenheen, Drumlea, Rockfield, Glasshouse, Lakes of Lough Gowna, Killeshandra Town Lake, Derries and Trinity Lake and many more,  some of which are only 10 minutes drive, and most of the above have permanent access to the shore by car or 4×4.

Riverbank Fishing for coarse fish is also free and can be found mostly along the Shannon-Erne waterway (canal), and the Killegar river. 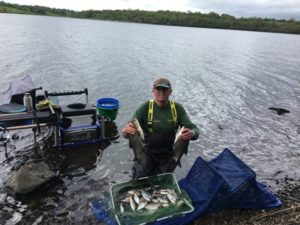 When you arrive at Allendale B&B you will be given fishing maps and a free tour of the local fishing spots for first timers. Allendale B&B has all the facilities for anglers and you can buy the bait locally too. It is advisable to book your bait in advance for immediate fishing on arrival. 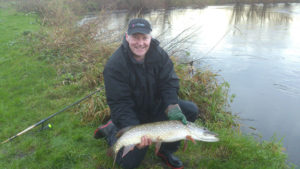 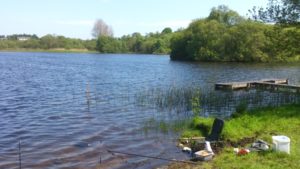 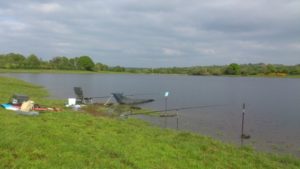 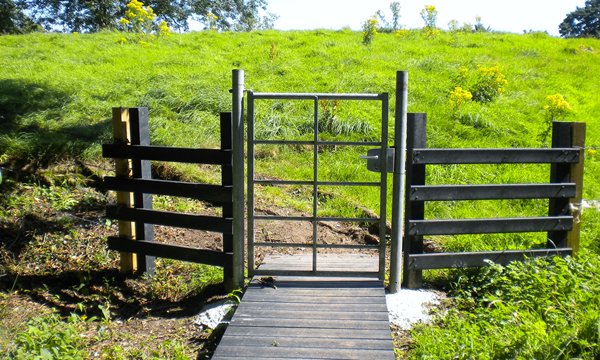 PACKAGES AVAILABLE IF BOOKED DIRECTLY
The countryside in Leitrim is without doubt a high quality natural resource that changes as the seasons change. What you are likely to see on a walk can be in response to the weather at the time of year and may change as quickly as the Irish weather changes. 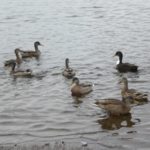 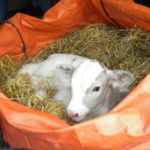 Calf in a bed of straw 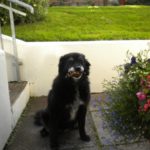 I am busy now, I’ll get back to you later. 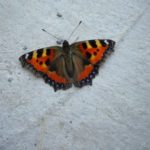 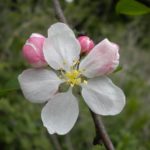 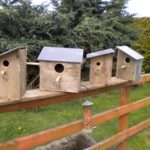 The drumlin landscape of Leitrim beckons, with it’s little hills and valleys, the peaceful tracks, the unspoilt scenery, the babbling brooks, the animals grazing, the boats passing through the locks, the lambs at play, the badgers foraging, the cuckoo’s call, fox cubs peeping through the ferns, the lark on the wing, donkeys braying, otters catching fish, a cock pheasant rising, a mallard trying to hide in the reeds and a painted lady butterfly lands on your sandwiches as you are resting. Where would you be going today? Put on the walking boots and bring the sun barrier with you and don’t forget the sandwiches! Allendale B&B is on the R201 in Carrigallen. We’re waiting!
Allendale B&B has a variety of walks to suit all levels of fitness and slow guided walks to suit nature lovers that we call rambles. The rambles are led by an experienced walker and nature expert.
If you want to walk independently, you will get free maps in Allendale B&B.
To book the rambles or any guided walk, please ring 086-0621634 as the guide walks on Saturdays and Sundays. Please book one day in advance, the minimum number of walkers together is 5.

How to begin your WALK or NATURE RAMBLE:

Ramblers/walkers assemble at Allendale B&B where refreshments are available and maps given to walkers. All walkers and ramblers can view a special DVD of the present flora and fauna of this area before starting out. Anyone can learn how to identify a bird, mammal, amphibian, butterfly, insect, flower, plant, tree or shrub from the Allendale Nature Rambles DVD, but to find them on the walk or ramble is very rewarding. Please note: You must book the guide, charges are reasonable.

Holiday on a working farm

Enjoy a reinvigorating nature walk through Allendale’s working farm with the farmer. Enjoy feeding our cattle and walking through our green grass fields. Visit our local cattle and sheep mart which has livestock sales on three days per week. 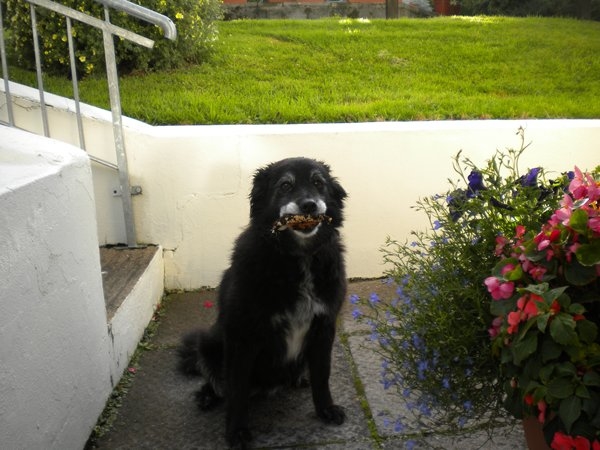 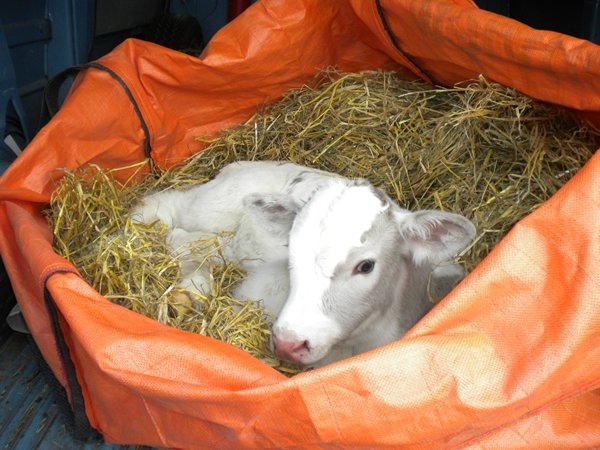 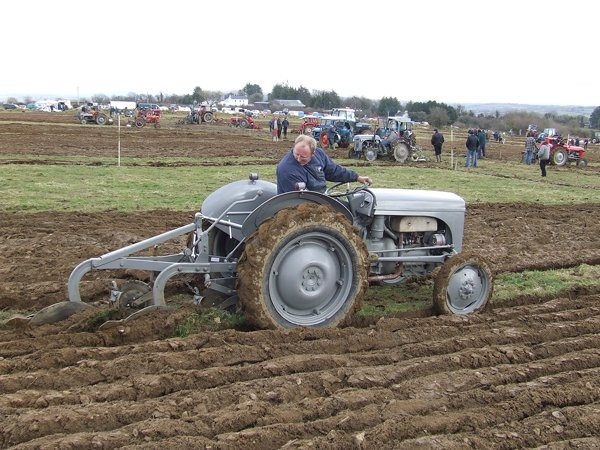 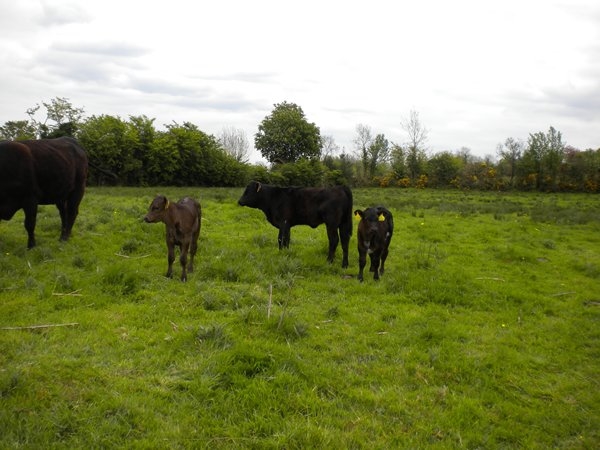 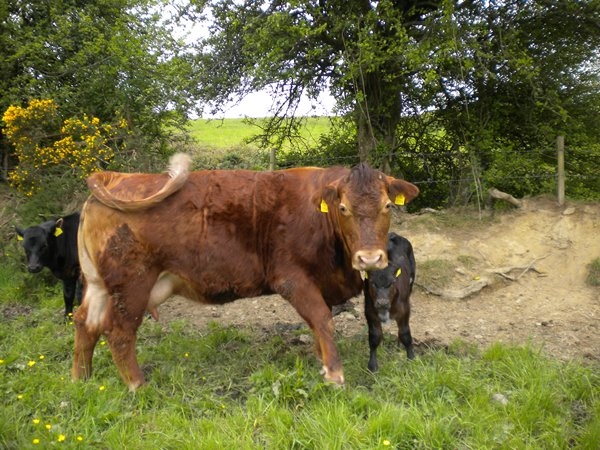 Here you will see some of the present farming practices of a typical small farm in Leitrim (and you will probably get something to do), where the end product is the one-year-old beef animal for sale.The calves are bred here, and born on the farm mostly in Springtime and are reared naturally by suckling. They are weaned off their mothers at 8 to 9 months and then fed a suitable ration along with silage or grass before being sold as yearlings.The cows are fed continuously on grass when outside and housed over the wintry/wet season when they eat silage indoors until they can be turned out to grass again with their new calves. That sounds very simple but a lot of animal husbandry takes place in between. 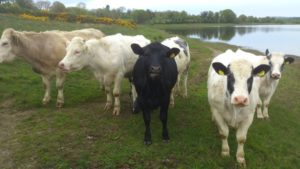 If you would like to see a full display of antique agricultural machines and implements visit Kennedy’s Glenview Folk Museum 0876971901 only 14 Km where 7,000 items are on view.

James Clarke fought for the British and his son, Thomas James fought against them.
Thomas James Clarke, widely regarded as the most single-minded of the 1916 leadership, was buried at Arbour Hill prison cemetery. His father, James Clarke was born in Errew, Carrigallen in 1830 on a four-acre plot of land close to Gulladoo Lake. The family was Protestant and were called Clerkin at that time. He left home to find work and a short time later in the year 1847 enlisted in the British army. He fought in the Crimean war in 1854 and survived it, where thousands perished, and returned to Clonmel barracks two years later. James met Mary Palmer, a catholic, from Clogheen and they married in 1857. 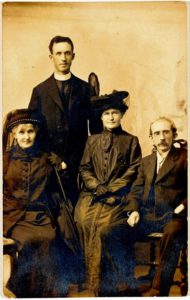 Their first child, a boy, was born a year later in the Isle of Wight and they baptised him a catholic- Thomas James Clarke. After duty in South Africa and promotion, James and family returned to Ireland, this time to Dungannon after the birth of their second child, Maria Jane. Two more children were born in Dungannon, Hanna and Albert. James Clarke, soldier no. 694 claimed his discharge from army service on 26th December 1868 at age 39 years.
Tom Clarke was described as a ‘bright boy’, he got a good primary education in Dungannon and at 16 he was made an assistant teacher under the monitorship system. He became immersed in fenian activity after periods of civil unrest in the town of Dungannon and joined up after the national organiser John Daly visited there in 1878. In 1882 he emigrated to the United States where he joined Clann na Gael and attended bomb-making classes. Within a year he was sent to England on a dynamiting mission, he assumed the name of Henry Wilson, was arrested in possession of explosives and was sentenced to penal servitude for life. He served over 15 years in British jails at Millbank, Chatam and Portland. Clarke emerged from prison on the 29th of September 1898 a very changed man physically, stooped and aged, but as committed as ever to the Fenian cause.

He was accepted into the US again and worked as assistant editor with the republican John Devoy on his newspaper, the Gaelic American. Tom married Kathleen Daly from Limerick in 1901 in New York and later they bought a farm in Manorville, Long Island and he became a naturalised US citizen in 1905. However, Tom and Kathleen and their first son Daly who was now five, returned to Ireland and Tom bought a tobacconist shop at 55 Amiens Street, Dublin. They had three sons, Daly named after Kathleen’s uncle John Daly, Tom junior and Emmet, the youngest. Another shop was acquired in Parnell Street which became a focal point for IRB activity. Sean MacDiarmada was assisted by Clarke in revitalizing the Irish Republican Brotherhood from the shop in Parnell Street, which was under constant watch by the police.
Tom Clarke was a key figure in the decision to organise a rebellion during the European war. He later joined the Military Council of the IRB that operated secretly in its planning of the Rising. Clarke was also a vital link between the rebels and Devoy’s Clan Na Gael organisation in New York, a connection that was used to arrange the landing of German arms in Ireland. Even when the weapons were intercepted, Clarke was determined to carry on and reluctantly agreed to defer the Rising by a day. All through Easter Week, Clarke, whose name appears first on the Proclamation served in the GPO along with most of the other members of the Provisional Government. He opposed the surrender but was outnumbered. Following his arrest he was court-martialled in Richmond Barracks on 2nd May and was one of the first three rebel leaders executed by firing squad the following day 3rd May 1916, at Kilmainham Jail. Thomas James Clarke, widely regarded as the most single-minded of the 1916 leadership, was buried at Arbour Hill prison cemetery.
As part of the local contribution to the centenary celebrations 1916-2016, a play was produced by the Corn Mill Theatre, Carrigallen to celebrate Leitrim’s connection with the Easter rising. Tom Clarke’s One True Love was written by local actor and playwright Killian McGuinness and directed by Gus Hanley of the Backstage Theatre Group, Longford. It stars four of the Corn Mill actors, Killian McGuinness, Maura Farrelly, Elizabeth Doonan and Brian Murray. 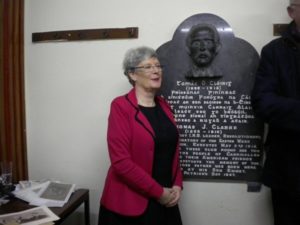 A bust of Tom Clarke was unveiled by his son, Dr. Emmet Clarke on St. Patrick’s Day, 1967 in the Tom Clarke Rooms adjoining Carrigallen Community Centre. Dr Clarke travelled from Liverpool with his wife and two sons Emmet and Thomas for the ceremony. Prior to the ceremony the Minister for Justice, Mr Brian Lenihan inspected a guard of honour of the Mohill Company of the F.C.A. The National Flag was hoisted by Dr. Clarke and the proclamation was read by Mr Michael Duignan.